WELCOME :: MAIN MENU MOVED TO THE BOTTOM OF THIS BLOG

Floods across UK show no signs of letting up

Published on 12 Feb 2014 | Flooded homes along England's River Thames are being evacuated as water levels are expected to keep rising in the next few days. With some homes and businesses under water for more than a month, its expected to take months for groundwater to seep away and flood levels to fall. Al Jazeera's Simon McGregor-Wood reports from London.

US Nuclear Negotiator Calls for Pause in Iran Sanctions

Published on 25 Oct 2013 | The top U.S. nuclear negotiator is calling for a pause in U.S. congressional efforts to impose sanctions on Iran, weeks after accusing Iran of being deceptive about its nuclear program.In an exclusive interview Friday with VOA's Persian service, U.S. Undersecretary of State Wendy Sherman said any push for additional U.S. sanctions should be delayed to see if nuclear talks can "gain traction."

... the Chinese regime does the right thing - here?

Mandarin is the no1 language in terms of the numbers of individual speakers and they are giving less prominence to English!


Published on 22 Oct 2013 Reforms to the National College Entrance Examination or "gaokao" are to be carried out in major cities in China, including Beijing. The English language assessment system is the major focus of the change. The Beijing draft has triggered wide debate among the public. While many applaud the move, saying that students no longer have to face the stress of endless language tests, some oppose the idea, claiming that without the pressure of exams students' English levels will decline.

Published on Oct 16, 2013 | This year's Nobel Peace Prize was awarded to the chemical weapons watchdog, the OPCW. Opinion is divided over the decision, with many disappointed that Pakistan's Malala Yusufzai didn't win. The 16-year-old was a favourite to become this year's laureate for her valiant fight against the suppression of female education by the Taliban.

US shutdown explained: A dummies guide to the political crisis

Published on Oct 17, 2013 | Find out exactly what caused the 16 day shutdown, what affect it had on America, how it was resolved and whether it could happen again. Report by Anna Collinson.

Rouhani (President of Iran) background according to Gareth Porter.

Published on 11 Oct 2013 Gareth Porter: Rouhani earned the trust of Supreme Leader Khomeni by working along side him on a daily basis
See more videos: http://therealnews.com

President Rouhani: All powers should get rid of nuclear weapons

Published on 26 Sep 2013 | We want to hear #YourSay#! Join the discussion on hot issues everyday on @CCTVNEWS Weibo.Today's question:What do you think of President Rouhani's proposal for all powers to get rid of nuclear weapons? 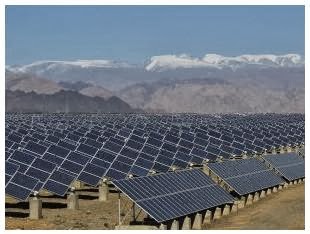 Renewable energy is becoming more and more competitive. Alternative and renewable energy sources are increasingly becoming more affordable. According to a new study published in the Journal of Environmental Studies and Sciences, it is now less costly in America to get electricity from wind turbines and solar panels, than it is to get it from coal-fired power plants. The study shows, when climate change costs and other health impacts were factored in, that it is even more cost effective to convert an existing coal-fired power plant with a wind turbine, than it is to keep the old fossil fuel-burning plant.

Unsubsidized renewable energy is now cheaper than electricity from coal and gas power stations in Australia as well. Wind farms in Australia can produce energy at AU$80/MWh. Meanwhile, coal plants are producing energy at AU$143/MWh and gas at AU$116/MWh. And the myth that alternative energy sources were enormously more costly than the typical fossil fuels, is proving to be untrue. And after initial investment costs are waged, making them now ameliorated, and the raw materials for solar and wind power are free, besides costs of upkeep, and the harvesting of those sources doesn’t cause mayhem to the environment. Making it an ever-more appealing alternative energy source. 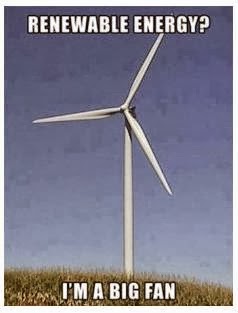 Since 1990, wind-generated power has grown 26 percent per year, and solar has risen 48 percent. In the United States, renewable energy accounted for 13.2 percent of the domestically produced electricity in 2012. U.S. wind power installed capacity now exceeds 60,000 MW and supplies 3% of the nations electricity. Not very inspiring figures. But the interest in finding new, cheaper, preferably renewable sources are inspiring innovation. Researchers at New Jersey Institute of Technology (NJIT) developed an inexpensive solar cell that can be painted or printed on flexible plastic sheets. Which can then essentially be slapped onto a wall, roof, or billboard, in order to create a power station for the homeowner. In an effort to create something more affordable, Twin Creeks Technologies, a US-based solar energy company, created an ultra-thin solar cell that will cost half as much to produce as comparable cells.

Perovskites (a calcium titanium oxide mineral species composed of calcium titanate) have been known for over a century, but no one thought to try them in solar cells until recently. “While conventional silicon solar panels use materials that are about 180 micrometers thick, the new solar cells (using perovskites) use less than one micrometer of material to capture the same amount of sunlight.” New research on the combination, aims to reduce the cost or solar panels to between 10 and 20 cents per watt, current panels typically cost around 75 cents per watt.

Renewable energy sources (such as Hydro and wind) are expected to be plentiful enough to supply the needs of humanity for almost a billion years. We do not have to worry about renewable energy sources being depleted. And they are cleaner sources of energy which have a lower environmental impact than conventional sources.

Published on 27 Jul 2013 | An amazing speech by Rainn Wilson on the coming global revolution that must happen in order for us to move forward as a human race.

I HAD spent much of my life writing music for commercials, film and television and knew little about the world of philanthropy as practiced by the very wealthy until what I call the big bang happened in 2006. That year, my father, Warren Buffett, made good on his commitment to give nearly all of his accumulated wealth back to society. In addition to making several large donations, he added generously to the three foundations that my parents had created years earlier, one for each of their children to run.

Early on in our philanthropic journey, my wife and I became aware of something I started to call Philanthropic Colonialism. I noticed that a donor had the urge to “save the day” in some fashion. People (including me) who had very little knowledge of a particular place would think that they could solve a local problem. Whether it involved farming methods, education practices, job training or business development, over and over I would hear people discuss transplanting what worked in one setting directly into another with little regard for culture, geography or societal norms.

Often the results of our decisions had unintended consequences; distributing condoms to stop the spread of AIDS in a brothel area ended up creating a higher price for unprotected sex.

But now I think something even more damaging is going on.

Published on 2 Apr 2013 - TEDEducation | From 4th Century Roman Saint Pantaleon to the trousers we wear on our legs, Jessica Oreck details the story of the word 'pants.'

Published on 18 Jul 2013 | Mongolia's first wind farm has switched on its turbines. The eco-friendly plant is expected to reduce pollution by cutting coal consumption by 150,000 tonnes each year. Al Jazeera's Divya Gopalan reports from Ulaanbaatar, one of the world's most polluted cities.

How Credit Card Numbers Are Created?

If you thought the sprawl of 16 numbers across the front of your credit was randomly generated, think again: like any good string of numbers, an algorithm was involved in its creation.

In fact, the first couple of numbers relate to the kind of card it is: Visas start with a 4, Mastercards a 5, Amex a 34 or 37. But there's far more to it than that. In fact, we have a chap called Hans Peter Luhn to thank. Data Genetics explains:

You don’t select this last digit, it is deterministic. The exact mathematic formula for its generation was invented by Hans Peter Luhn, an engineer at IBM in 1954. Originally patented, the algorithm is now in the public domain and a Worldwide standard ISO/IEC 7812-1
Obviously, with just a single check digit, not all errors can be detected (there’s a one in ten chance of a random number having the correct check digit), but the Luhn algorithm is clever in that it detects any single error (getting a single digit wrong), such as swapping the 9 with a 6 in the above example. It also detects almost all* pair-wise switching of two adjacent numbers. These errors are typical common errors people make when transcribing card numbers, so the check digit does a good thing.
An added side benefit is that, as discussed above, there is only a one in ten chance that a randomly generated number has the correct check digit. This provides a small amount of protection from hackers or poorly educated crooks who might attempt to randomly generate and guess credit card numbers.

So there you have it: more thought went into your credit card number than you probably ever imagined. If you want more detail, read the Data Genetics article; it makes for interesting reading. [Data Genetics via Neatorama]

Stop the Clash of Civilizations

GOLD : the best store of value